Change "Printed on" Timestamp on Reports Footers to UTC:

Changed timestamp on reports footers from CST to UTC on all reports: 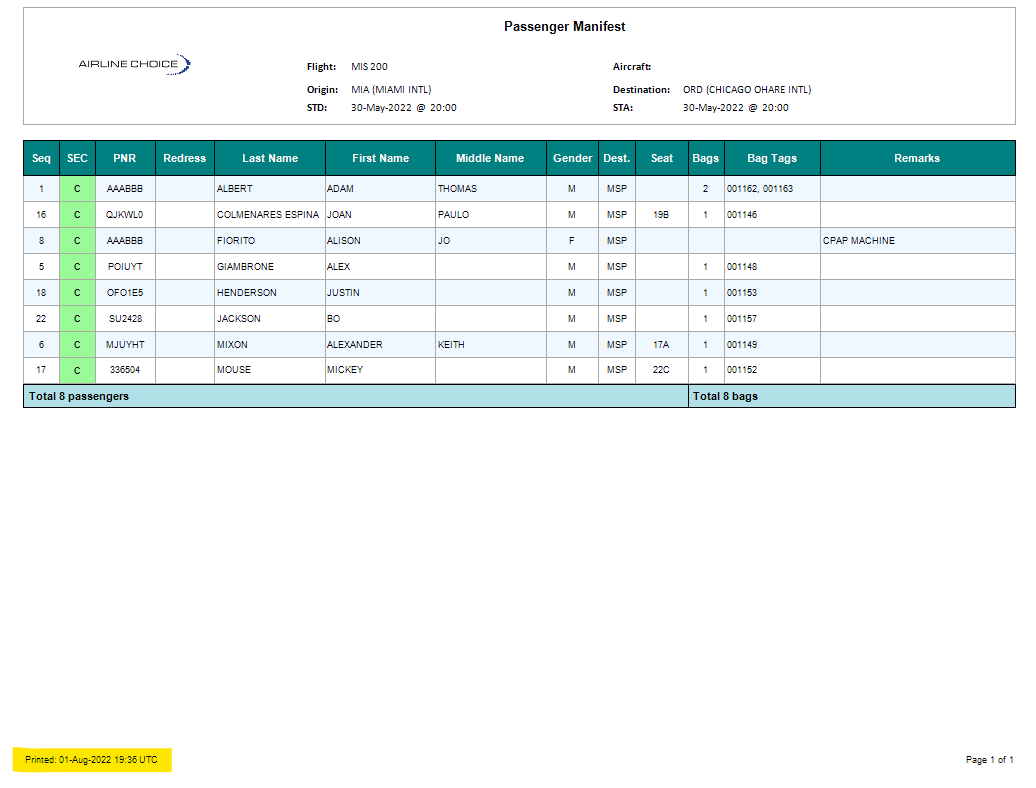 When there is a seat assigned (or preassigned) that does not exist in the aircraft configuration, the cell will show the seat in teal color instead of the pink color that is used for dupe seats. 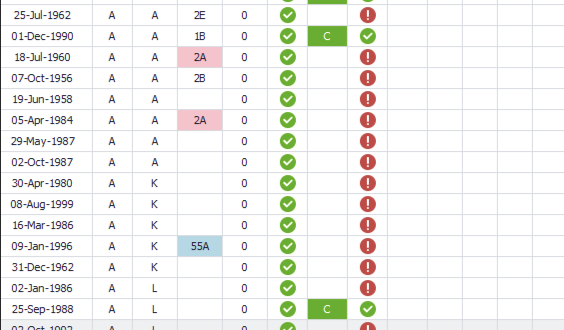 Infant in Seat vs Infant in Lap Restrictions:

Infant in lap will not allow/accept bags added or ancillary charges to be added. 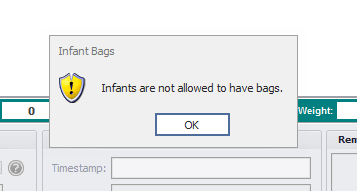 Infant in seat will be identified via SSR (eg. INFS) and it will allow bags and ancillaries to be applied.

Infant in seat on web check will be allowed to select all bag/charge options.

Added a new user permission called "Select Restricted Workflow Step" which will allow users with that permission to trigger workflow steps labeled as "Critical Steps".  Users without this permission will not be allowed to trigger it.

Add a checkbox on workflow steps to designate that step as requiring the critical step security permission, allowing only those users to move a flight into that step.  If agent does not have permissions, an error message will pop-up.  This should be available to set on any step. 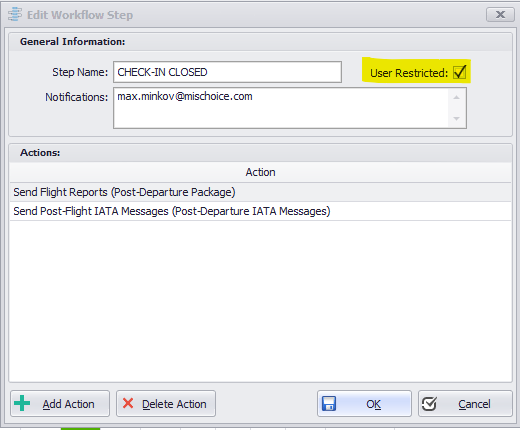 Ability to automatically add check-in fee to passengers checking in at the airport under certain conditions.

Added functionality to transfer the current audit trail of a passenger when transferring over to a new flight.  It will display the audit trail from the original flight on the new flight. 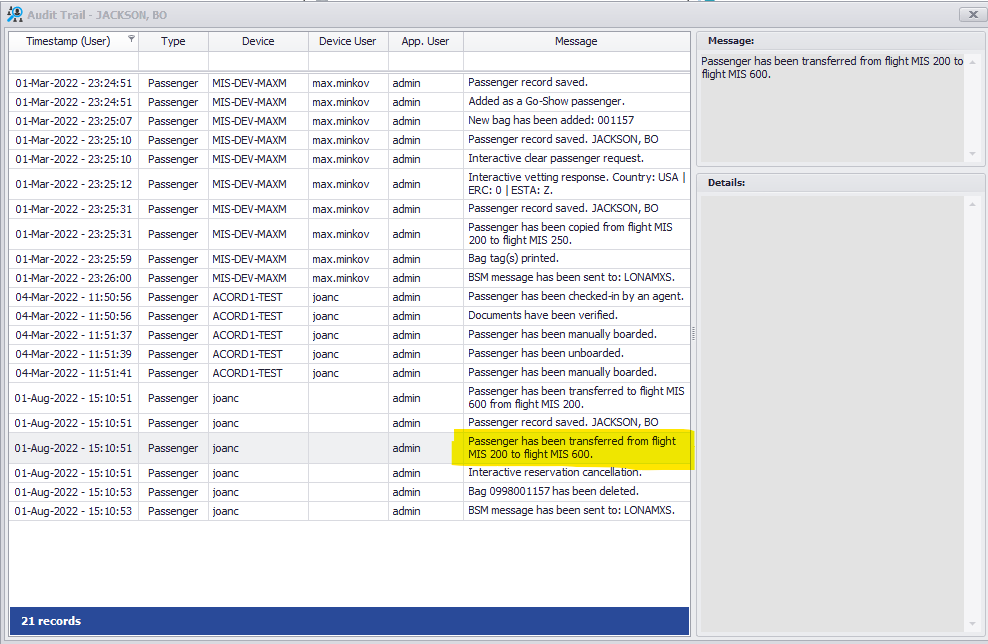 Passengers with a pre-assigned seat that then select a new seat during the self service check in flow will have the new seat in a "temp hold" status (both original seat selection and new seat are then shown as unavailable on the seat map).  The passenger will have 15 minutes to complete the payment transaction, at which point the new temp seat will be committed as their permanent seat and their original seat assignment released as available.  If the passenger does not complete the transaction, the new seat will be released and the passenger will still have their original seat assignment.

Created WebAPI for integration with NavBlue

Ability to add "Terminals" for Airports that use Gate Pass so it can be added in when requesting a Gate Pass (specify the terminal the Gate Pass is valid for).

Tail Number Not Showing on iOS:

Fixed a bug where the tail number was not displaying on iOS app.